We recently got rejected by an investor in our quest to raise money for our startup. The main reason they weren’t interested in investing was because of our abysmal “Trial to Paid Subscription” conversion rates. Here’s what our last quarter looked like:

Check that out. Horrible right?

We know something’s wrong. We just have no idea how to fix it.

So go figure, when I sit down to meet with the investor and I’m going over the app with them, they ask me,

“So do you have any customer feedback on why trial users might not be converting to paid subscriptions.”

I started to tell them about our difficulties in getting people to give feedback.

I told them of the various methods we’ve tried in order to get feedback with no success.

We tried using Delighted to establish a NPS (Net Promoter Score.) We have tried automated drip campaigns and automated messages based on user behavior. We’ve thought about using Hotjar, or Qualroo, or Survey Monkey but we can’t keep incurring expenses when we aren’t making any money in our startup and we haven’t found an investor.

So in desperation, I decided that I would send a simple email to everyone that has ever signed up to use Yalla and ask them one simple question. This was our “hail mary” attempt to get some feedback. We didn’t want to just throw time at our guesses for improving the app. We wanted real customer feedback.

So here’s what I wrote: 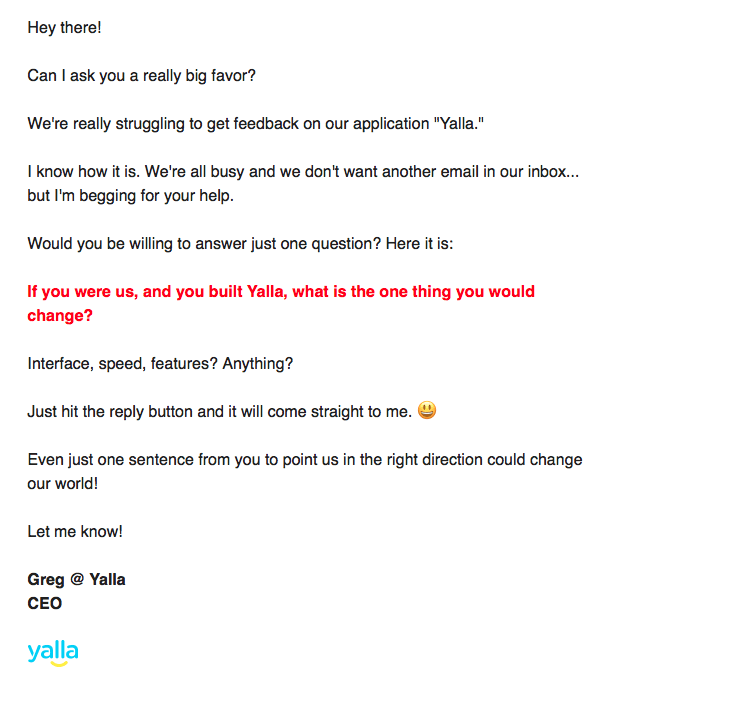 Out of all the emails, we’ve sent, this one outperformed all of the others by leaps and bounds. Out of about 1,000 people, almost 500 people opened it and read it which is really good considering most of these people have long since moved on from using Yalla.

The detailed responses still continue to flow in as I write this and we have finally got a clear direction on where we need to go and what we need to do to get more people to pay for using Yalla.

The Details of The Email and Their Importance

Take a look at a few of the things that I believe made this simple email perform so well in helping us get feedback on our Software-as-a-Service.

1. I started off by making sure I was addressing the person with a “really important question” in the subject line.

You’ve got to get someone’s attention in an email. We’re competing with hundreds of emails a day and honestly… these people have no reason to go out of their way to open my email, let alone respond to me.

So I got their curiosity running when I asked them an “important” question. “What could he be asking…” they think to themselves.

2. Then I asked for a really big favor.

Believe it or not, not all people are selfish cynical jerks. There are still a lot of good people out there that will take the time to help you out… as long as you can get and keep their attention long enough.

3. I was honest and transparent.

I’m not going to act like we’re killing it when we’re not. We’re struggling to get traction and that is the truth. So all I did was tell everyone on my list that we’re struggling. People appreciate that because then they don’t feel like they’re the only ones out there struggling. It established common ground because even though it seems like everyone around you is rich and famous and killing it, the chances are, 99% of them are just like you. Struggling for air in this competitive world.

4. I was respectful of their inbox and their time.

I let them know very quickly that I was cognizant of the amount of emails they probably get and that I would make it quick. Then I told them I was only going to ask “one question.”

I made the question stand out so that no one could miss it if they opened the email. The red made them take a second look which is sometimes all you need to get a response. A second look.

6. The question put them in control.

I purposely asked a question that made the person think, while also putting them in the driver seat. I asked, “If you built Yalla… or if you were us… what would you do to change it.” Many people cant help but want to give their opinion as a reply.

7. I gave clear instructions on how to reply and made it exceptionally easy.

The next line after I asked the main question was a line telling them how to answer that question. It wasn’t a link where they needed to go to another website and take a quiz or provide a bunch of answers on various screens. I wanted to keep it crazy simple to get the most replies.

The fact that I just got a dialogue going with these people means they’d be more likely to respond when I reach out to them again with more detail.

8. I told them how much it would mean to us.

Again… here I’m closing it out with an appeal to their inner humanity. Most people are still human. 🙂

All of this is done with a simple, no-frills basic template out of MailChimp.

How To Get Feedback on Your SAAS App

I have read almost everything that a person can on getting feedback on their SAAS app. It seemed as if no matter what I did, nothing would work. I never got the detailed responses that I needed to make intelligent decisions for our roadmap.

In addition, all of the things I was trying out in order to get feedback were expensive and complicated.

This one simple email got me all the feedback I could have ever wanted and it was free.

And as a side note… I used MailChimp’s “Timewarp” functionality to ensure delivery took place at 10:45 am in the timezone of the respective user. I wanted to catch them just after they had gotten settled in for the morning but right before lunch.

I’m not done getting feedback… it’s still coming in. I didn’t have to pay in Amazon gift cards or anything. 🙂 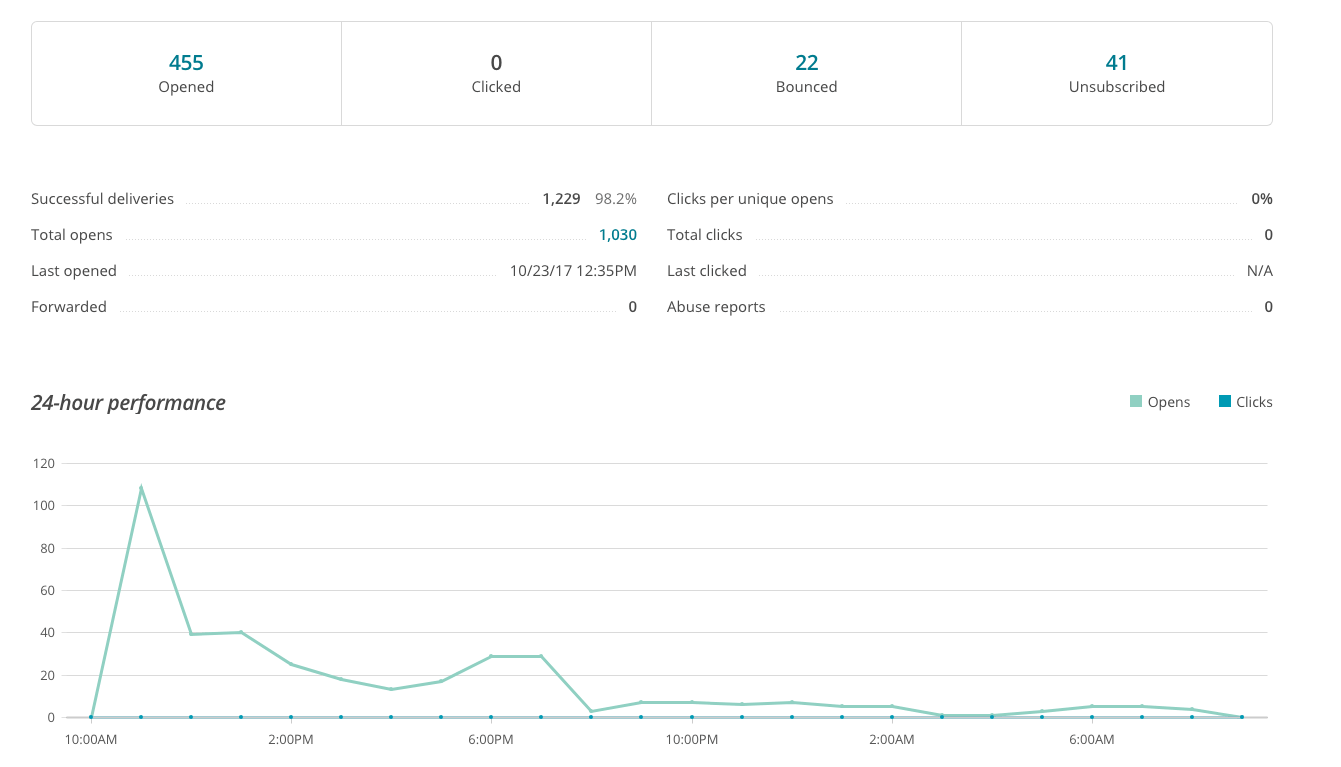