Imagine sitting down with your family to watch a movie. You’re all relaxing on the big comfy couch. The movie begins, but then so does the profanity. Maybe there is some gore or sexual situations. You become increasingly uncomfortable at what your children are being exposed to, so you finally turn off the movie in disgust. What if there were a way for you to watch movies without the content that you may find objectionable for your children? VidAngel is the answer to that question. 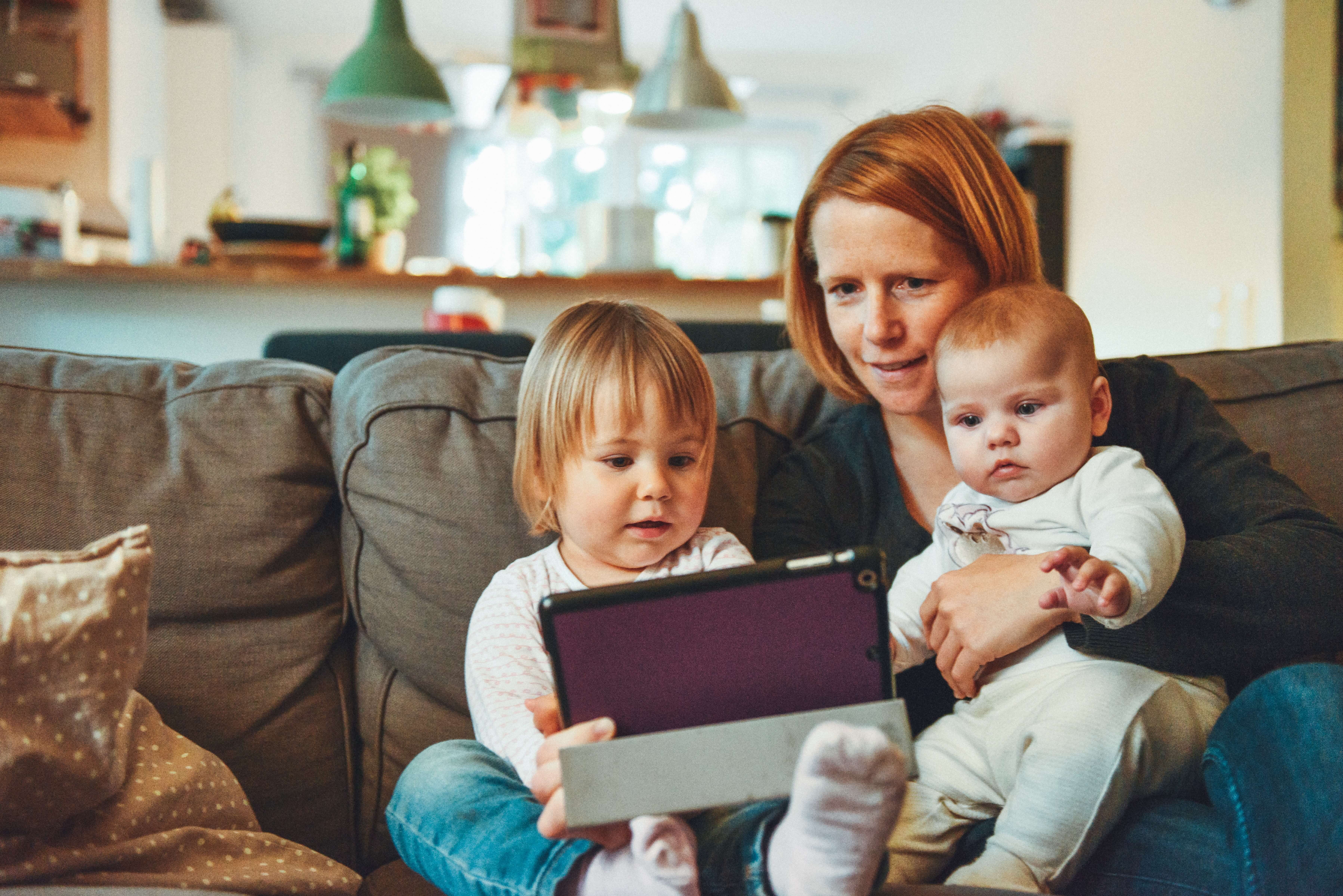 VidAngel is a video filtering service that makes it possible for people to skip what they consider to be objectionable content in films, whether that be graphic violence, sexual situations, nudity, or profanity.

Started in 2013 and then launched a year later in Provo, Utah, as a start-up company with only six active workers, VidAngel is led by brothers Neal Harmon and Jeffery Harmon. The business moved its headquarters from Utah to the famous entrepreneurial Silicon Valley, California, in 2014.

A couple of years later, in 2016, the company was hit with a substantial lawsuit over its then-current business model. Four film studios (Warner Bros., 20th Century Fox, Lucasfilm, and Disney Enterprises, Inc.) claimed that VidAngel broke copyright law by streaming altered videos without the correct permission and broke the law by evading the DVD copyright protection features. VidAngel cited the Family Movie Act as its legal justification for making it possible to alter copyrighted content or films, but the courts disagreed and forced VidAngel to shut down its website until a trial could be held.

In October 2017, VidAngel filed for bankruptcy as a legal strategy to ensure that the company was protected against the then-ongoing lawsuit. Doing this made it possible for the company to reorganize its business around the new streaming service it had created, even during the bankruptcy process.

In June 2019, a jury ordered the company to pay $62.4 million in damages for copyright violations. VidAngel appealed the decision. In September 2020, VidAngel reached a settlement and agreed to pay $9.9 million to the plaintiffs over 14 years, enabling VidAngel to emerge out of bankruptcy and move forward with its new streaming service and original content.

According to Neal Harmon, the company exists to help make home entertainment “good” for homes. What a person considers suitable for their home is a matter of personal choice. Therefore, unlike the “be our guest” phrase that most people are used to, Vid Angel prefers the term “we are your guest,” says Neal, meaning that anyone who chooses VidAngel can decide how to watch their selected contents.

The company started developing its software in 2013, and ever since then the whole plan has been to create something that will essentially offer remote, pre-programmed streaming. Doing this allows each viewer to skip objectionable content in their favorite television shows and movies. The company has gone through six successive attempts to build the skipping software, which has become an innovation in the content-streaming industry.

Currently, their platform provides access to some pretty exciting content, especially during the COVID-19 pandemic era, while staying true to the company culture of providing “editable” content. While most of their content is currently produced by powerhouses like Netflix, Amazon Prime, and other streaming services, every viewer is assured of the ability to filter out undesirable content and enjoy films and TV shows on their own terms.

What kinds of filters does VidAngel offer?

Language: Bad language accounts for about half of all the filters, mainly because each instance is listed separately and can be filtered individually. The term “bad language” here includes sexual language (whether implied, actual, or used in an innuendo), discriminatory language, crude language, profanity, and profane language. Movies like “The Wolf of Wall Street” and “Straight Outta Compton” have the most significant number of bad language filters.

Sex, nudity, and immodesty: This includes all scenes that contain nudity, kissing, sex, and other forms of indecent exposure of the body. It is also divided by sexual orientation and gender. “Burlesque,” the classic Cher movie, has the largest number of nudity and sex filters. The only disadvantage (if you can call it that) is that the number of filters causes the running time of the movie to drop significantly. Even movies meant for children are not immune to nudity and sex. For example, movies like “High School Musical 2” and “Barbie in A Mermaid Tale” contain some filter levels.

Drug or alcohol use: This covers both legal and illegal usage of drugs and alcohol.

Miscellaneous: This includes medical processes, bodily functions, and other content that viewers may find disturbing or objectionable.

Users can select the filters they want to use for a totally customized experience.

In addition to offering filters for films and TV shows on other streaming services, VidAngel also produces original content for its platform.

In 2017, armed with the kind of data the company received from the skipped choices that several families were making, VidAngel created “Dry Bar Comedy,” which started as a series of 52 original sets of stand-up comedy. Each of the sets was initially filmed in Utah and all were from relatively lesser-known comedians. From 2017 till now, “Dry Bar Comedy” has brought in over 300 different comedians from different backgrounds. These comedians have the chance to perform for a larger crowd while fine-tuning their content and sets to suit their audiences. Plus, the comedians receive bonuses for keeping their acts clean and family-friendly so they can serve VidAngel’s viewers better. Currently, “Dry Bar Comedy” has gathered a substantial social media following from people of all ages, and it is incredibly popular on YouTube and Facebook. “Dry Bar Comedy” brings loads of laughter to many viewers, no matter their age or background.

With the help of over 19,000 viewers, VidAngel has funded, produced, and distributed the award-winning, dramatic television series “The Chosen.” The storyline focuses on the real-life story of Jesus Christ and is planned to be a multi-season program. (Season 2 is being filmed at the time of this writing.) Supported by equity crowdfunding, “The Chosen” raised over $10 million, which is by far the largest-ever amount crowdfunded for a TV show. “The Chosen” has brought a lot of inspiration, life-long lessons, and encouragement to millions of viewers.

Protecting the family is paramount for VidAngel, as far as content is concerned. Even though every viewer has a wide array of movies and television shows to choose from, “bad” content is never a problem due to the filtering feature. But aside from “Dry Bar Comedy” and “The Chosen,” each viewer has access to so many other movies and TV shows produced by Netflix, Amazon Prime, and other streaming platforms (minus content from the four companies that filed the lawsuit against VidAngel).

Some popular content to look out for includes “Slumdog Millionaire.” In Canada this movie is only rated 14A. However, viewers in the US will find it is rated R. Movie ratings are highly subjective and inconsistent, so parents should make it a point to check a movie’s ratings first and then investigate what content might be objectionable for their family to watch. If they still want to watch a particular film or TV show despite its rating, they can choose to use the filter features at a cost of about one dollar per movie.

To get access to VidAngel’s filtering service, you must first sign up for an account. Next, browse through the movie or content options to select your preference. Once you have made your selection, just choose your filters.

The three most common things that viewers filter out on VidAngel are:

It is safe to say that VidAngel is changing the world, one Jar-Jar-less movie at a time.

Speaking of changing the world, VidAngel has ensured that families no longer have to worry about content selection, even in the presence of their children. It also gives parents the chance to teach their children when watching movies or television shows together. The company strives to ensure that the type of content available for its users is both “clean” and, at the same time, subject to their personal preferences.

The current entertainment industry is filled with content that can be very detrimental to young and growing minds. And modern technology, with its wide variety of gadgets and devices, can make this content readily available to children of all ages with a click of a button. With VidAngel’s platform, parents are empowered to filter out objectionable content, and VidAngel continues to uphold its value of standing up for good and safe content for the family.

The legality and ethics of all this?

Many consumers of entertainment and moviemakers argue about the legality and ethics of filtering content created by an artist. But for every loving parent faced with the challenge of raising children in this age of readily available inappropriate content, the ability to filter what their children watch on TV is a welcome tool. Our jobs as parents and elders is to protect our children—and every parent has the right to choose what entertainment comes in their own home. Understandably, not every parent will agree on the approach, and that is why the Family Protection Act exists. Parents have the freedom to decide what is right or appropriate for their children. For those who desire to protect their families and children from what they feel is inappropriate media content, VidAngel is providing the means to do that. 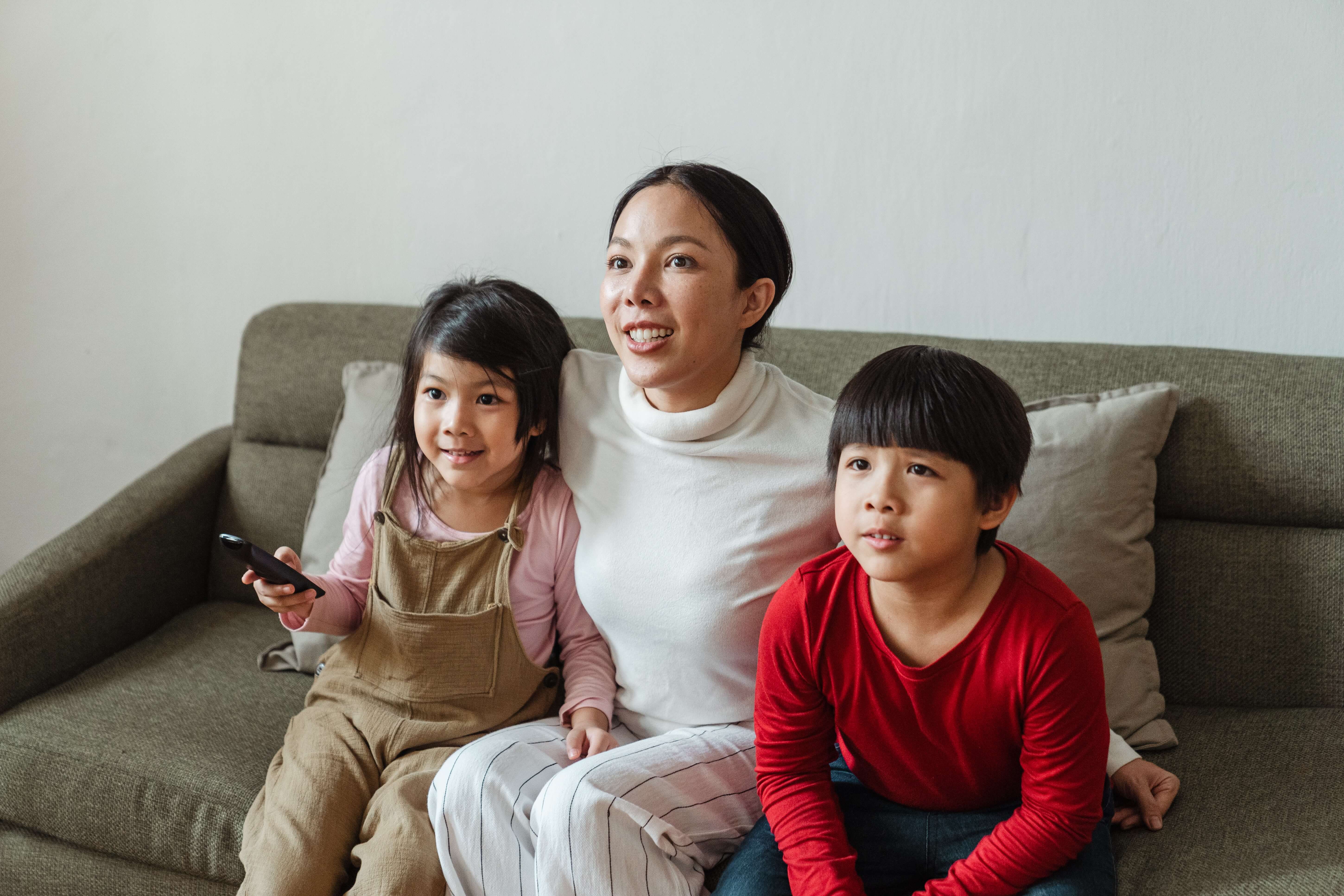 What does the future hold?

VidAngel has come a long way, even in its relatively short existence. The company fell flat on its back after the money- and time-draining lawsuit, while also dealing with the challenges posed by competitors. The settlement reached in 2020 has allowed VidAngel to emerge from bankruptcy and focus on creating more original content and other endeavors.

While VidAngel has placed itself in a position to be a shining light to others, the company more than welcomes anybody or any institution that also wants to be a media light in this increasingly dark world. The company is not concerned or focused on competing with other media companies. On the contrary, Neal Harmon encourages all well-meaning competitors to put VidAngel on its toes and seek to do better than what the company is doing. That is to say that although VidAngel is doing its part as a company to change the world, one company can only do so much. Instead of competition, the company welcomes some collaboration for a greater good.

VidAngel envisions a media future in which our spouses, children, and grandchildren will have access to safe and wholesome content for family entertainment and education, where they can comfortably enjoy shows and movies in accordance with their preferences. We may be experiencing dark times, but VidAngel believes that the best times are yet ahead of us.