Alex Turnbull, the CEO of Groove, turned his company into something from nothing by the power of his writing style. It’s been nothing short of insane to watch. As a paying subscriber to his help desk software, I have witnessed the power of good, genuine, transparent writing. The dude oozes value every time you land on something he writes. I’m not taking anything away from the software they provide… (it’s awesome) but without Alex’s writing and personal attention to providing value to others, I never would have found them or paid attention. 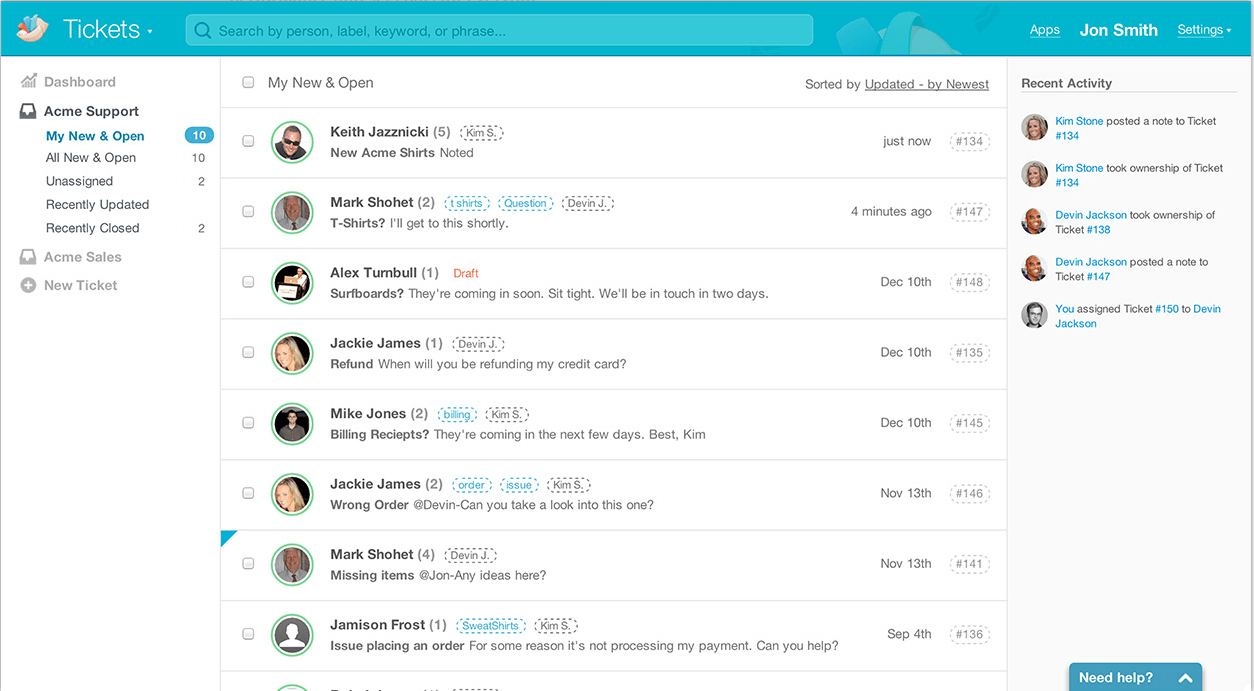 Any start-up and its founders know how important it is to make a name for themselves. But when that startup has chosen an already crowded industry, they need to find a way to stand out in the crowd. Not just any method will work, though. Groove found a uniquely simple way to set themselves apart and become a $5 million brand in just a few years. It happened because of the honest writing style of Alex Turnbull. Here’s how.

Six years ago, Groove was born. Alex Turnbull, surfer and software guy, got fed up with “clunky and hard-to-use customer service software.” So, he set out on a journey to transform the help desk into what he thought it should be — simple and effective help for companies and their customers to connect with the answers they need. His philosophy is straightforward: give people what he wished he had when he was starting out.

From the time his idea was hatched, Alex has written blog posts and now publishes them every Thursday to document the journey. His content writing style is totally transparent. He hasn’t hidden mistakes from his readers; he shares them so they can learn from them just like he did. He recognizes that embarrassing and sensitive moments are growth opportunities, and his candid content writing reflects that. His post about the “live chat” attempt exemplifies that and how one mistake led to a method that works.

Groove Was the First to Offer Live Chat — So, Where Did It Go?

As Alex so candidly explains, his first attempt at differentiation in a crowded industry was to offer live chat. No one else offered it in 2011. It was something he wanted and a feature he thought would really fly.

But no one cared. He was a little ahead of his time with the idea, but it wasn’t what customers wanted back then. So, they killed it.

Another Attempt at Standing Out, but This Time It Worked

Alex knew that artificial differentiation didn’t work either. Think terms like “best,” “most,” “highest quality” and so on. Groove wasn’t doing anything new to the industry, and they certainly couldn’t claim to be better than the rest (yet) and have it stick. Instead of claiming to be something they weren’t, Alex was honest about what Groove could offer.

Little by little, the customer base started to grow. Instead of assuming why people chose them, Alex asked. Simple as that. Alex sent, and still sends, a welcome email to each new client and simply asks them why they signed up for Groove, explaining that the answer will help Groove continue to deliver exactly what customers need and want.

No fancy surveys or links to other pages, he merely asks them to hit reply and tell him in an email.

Alex and his team were then able to tune in on their real strengths and sell Groove on its actual key differentiators rather than losing customers down the line with artificial ones.

So, How Does Content Marketing Fit into Groove’s Success?

Alex writes about it all. No holds barred. Honest to the core. Out there for everyone to read for themselves.

But the content Alex writes isn’t just pretty fluff that looks nice on the company’s blog page. Just like he did with the welcome emails, Alex patiently did the work and asked people what they needed to succeed. He asked what challenges the small businesses Groove serves were having. He followed business blogs in every industry and asked content writers what their outreach strategies were, what their hooks were and how they managed to be different. He scoured social media and asked people for feedback.

But after lengthy and heated discussions with his team, it wasn’t until they started making lists that they all realized everyone is in this together. Everyone has the same challenges. Challenges with:

So, in an “aha” moment, they decided that the story itself was the content strategy, but it would be more meaningful if they included the most transparent strategy ever.

Including their own numbers.

No matter how small or insignificant, the numbers would help tell the story. Alex kept writing and kept it absolutely transparent. Every win, every loss, every challenge along the way was documented in the blog. And people loved it.

And sales grew. As a matter of fact, Groove doesn’t invest in any other marketing — just content marketing. It’s their sole method of building their brand to nearly $500,000 revenue each month.

Their patience and honesty has paid off. The takeaway is that they didn’t assume anything and they’ve stayed transparent. They asked what people really want and need, and they delivered on it, writing about it every step of the way. Today, Groove is over halfway to their $10 million annual goal. All because Alex Turnbull loves to write about the journey. And everyone can ride the wave with him and find just the right groove through their own experience.