The global pandemic and subsequent economic downturn have tricked many hiring managers into thinking they have hundreds of qualified job candidates at their fingertips to choose from. But getting the cream of the crop for new hires isn’t that easy.

In reality, despite the current economic circumstances, many industries—such as the medical, information technology, and product delivery sectors—have actually seen an increase in job demand. Even though the talent pool has grown bigger with mass layoffs, the number of businesses looking to hire is also increasing.

Because they think candidates are desperate, businesses are losing out on hundreds of qualified candidates by relaxing their hiring processes. But hiring top talent has little to do right now with economics and everything to do with the impression your company gives, and that means prepping well for interviews. Hiring managers need to hone their interview processes—not relax them—if they want to secure the best employees.

As a hiring manager, you’ll definitely want to steer clear of these 5 bquestions and stick to the “Ask Instead” question alternatives listed below. It may sound silly that one simple interview question could deter a great candidate from wanting to work for you, but you’d be surprised how much of an impact just one question can have.

1. What was your salary at your last job?

Asking about previous salary is an illegal interview question in some states, but it’s also usually irrelevant.

The candidate’s last position undoubtedly had varying responsibilities and required different skill sets than the job you’re hiring for, even if the roles seem closely related. You should pay a new employee based on their ability to fulfill the position, regardless of how much they were being paid before.

Additionally, asking about a candidate’s previous salary could give them a negative impression of you as an employer, like you’re trying to lowball them. Bringing up their past salary may push them to seek other jobs instead, even if you were willing to pay them more than their previous job. 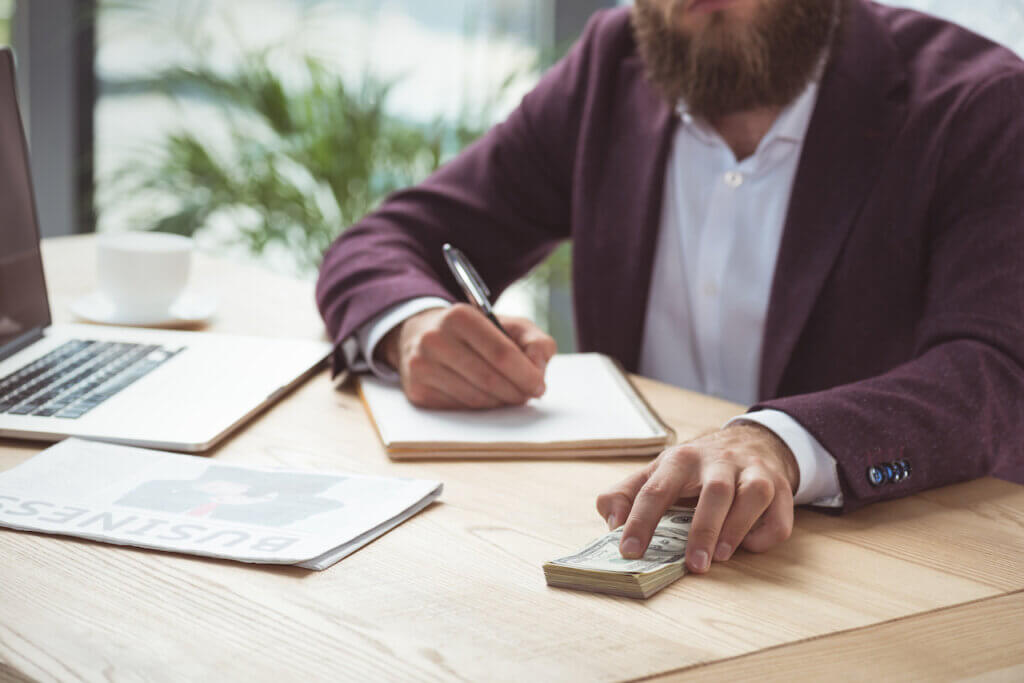 Ask Instead: What do you hope to learn in this position?

You can make important salary decisions based on the potential you see in a candidate to progress and fulfill larger roles in the future. Ask them what they hope to learn to get a good idea of how motivated they are to grow in their career and put in the work to do so.

Leave the salary discussions for later—if the candidate’s desired salary doesn’t fit within your budget, you’ll be able to discuss it later and make a decision from there. You don’t want to miss out on a top-notch candidate simply because of their salary at a previous position, especially if they have the potential to become an invaluable asset to your company.

2. What is your biggest weakness?

We’ve all heard this interview question before, and it gets the same answer every time. A la Michael Scott from The Office, the candidate will probably reveal a weakness of theirs that can ultimately be spun as a strength (such as “I work too hard” or “I’m a perfectionist”).

After all, no one’s going to come into an interview and say, “My biggest weakness is that I really just hate working. And people.” While you may be seeking an honest answer, no wise candidate is going to open up about all the reasons you may not want to hire them.

Ask Instead: What was the most challenging aspect of your previous job?

You can learn a lot more by asking the candidate about the challenges of their previous job and how they handled them rather than about their own personal weaknesses. While they are still going to put a positive spin on how they dealt with those challenges, they are likely to be much more honest about what made it difficult and how that helped them grow as an employee.

Ultimately, you should focus on asking questions that will elicit truthful and intellectual responses from your candidates. Otherwise, they will probably assume you did a quick Google search on “what interview questions to ask” rather than preparing to ask them engaging questions. It’s easy for candidates to lose interest in a job if they feel their potential employer has no real interest in them.

3. Are you good under pressure?

Yes-or-no questions are best to avoid when interviewing, because you can’t really expect your interviewees to give you any answer other than “yes.” Even if high-pressure situations or decision-making really are stressful for them, they aren’t likely to tell you so.

Much like asking about a candidate’s biggest weakness, asking a yes-or-no question with an obvious answer won’t help you learn more about the candidate’s actual skills or qualifications.

Ask Instead: Can you tell us about an experience where you had to deal with an unpleasant customer or co-worker?

Instead of a yes-or-no question, ask specific questions that require your candidate to think critically about an actual interaction they’ve had. Rather than asking them simply whether or not they’re comfortable dealing with difficult people, ask them to give you insight into how they handled a real-life scenario.

Plus, who hasn’t dealt with a difficult person at their job? There will be plenty for them to share and plenty for you to learn.

4. I’m interviewing (fill in the number) other applicants for this job—why should we hire you?

Prefacing this question with how many other applicants you’re interviewing forces the candidate to compare themselves to people they know nothing about. How can a candidate reasonably explain what makes them a better prospective employee than someone they’ve never met? 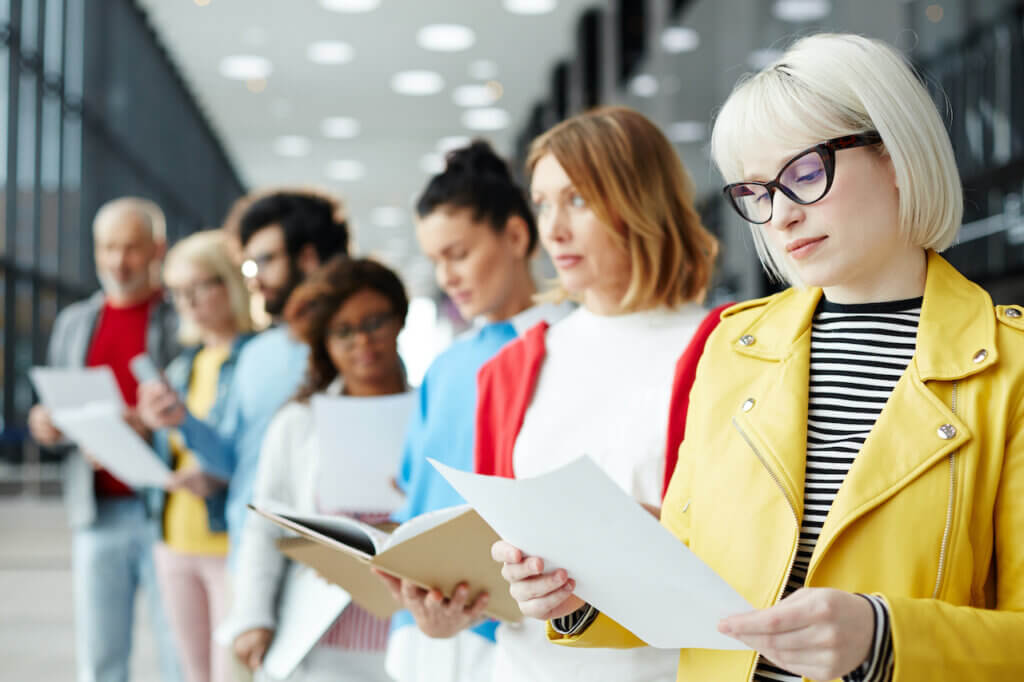 Ask Instead: Why should we hire you?

Leaving it at a simple “why should we hire you?” allows candidates to get creative and show you how well they can articulate their strengths. Give your interviewees the chance to highlight their own skills and qualifications, and then you and your team can see how they stand out compared to the others.

Keep in mind, in addition to the salary question, there are several questions that are actually illegal to ask in an interview. These include questions about race, gender, marital status, sexual orientation, or religion. You also cannot ask if a candidate has ever been arrested, has a green card, or is pregnant.

Ask Instead: What questions do you have for us?

It’s obviously critical to avoid illegal interview questions, but what should you ask instead? Consider letting them ask the questions.

Allowing a candidate to ask their own questions can help you gauge how interested they really are in the position. Have they done research on your specific company, mission, and goals, or is this just one out of dozens of interviews they can’t distinguish one from another?

Interest level can make the difference between a hardworking, dedicated team member and just another nine-to-five employee. And while it’s certainly important to be intentional about the questions you’re asking each candidate, your interviewees should be just as prepared to ask their own thoughtful questions.

Everyone knows there are a lot of dumb things to do in an interview, but there are some smart ones that can impress potential employers and show them you are truly excited about the prospect of working for them.

As mentioned above, the questions you ask at the end of your interview can make a big difference in the way your interviewer sees you.

For example, I once conducted an interview with an applicant who had great qualifications and a well-written resume. But when I asked her what questions she had for us, she took a deep breath, said “ummm,” and then proceeded to wait a long 30 seconds only to finally ask, “Do I have to work the same schedule every week, or can I just pick my hours?”

It was uncomfortable to say the least—rather than asking more about our company culture or core values, the applicant asked a logistical question. Her lack of engaging questions (among other aspects of her interview) showed us that she wasn’t very prepared for the interview or interested in the company specifically, she just wanted a job.

To avoid these types of interactions, keep in mind these questions not to ask in an interview: 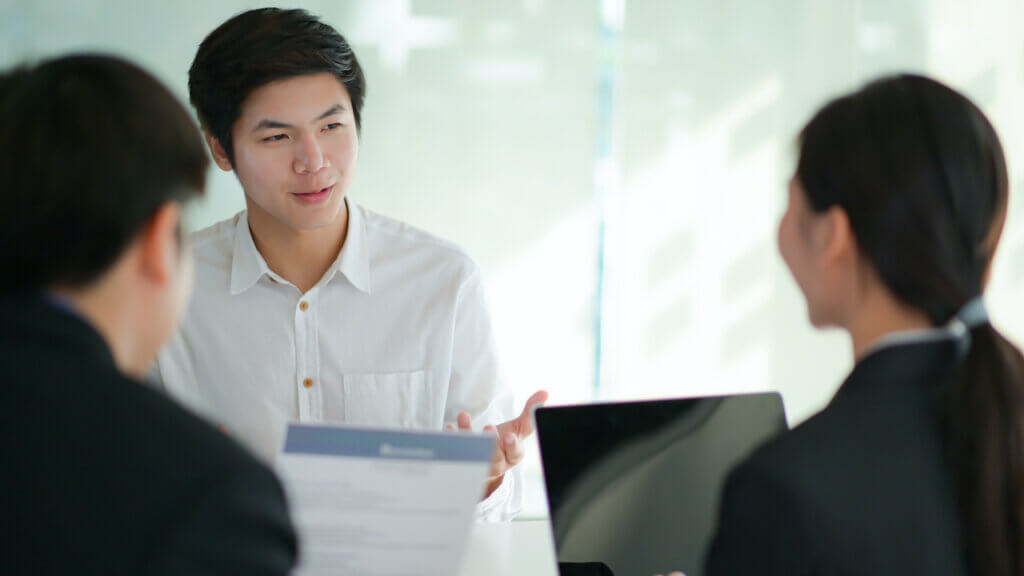 Here are some thoughtful questions you can ask instead:

How you behave in the interview itself is key, but it’s also critical to keep it professional in all communication with your interviewer.

Remember to respond to emails in a timely manner and proofread them for grammatical errors. There’s nothing more frustrating to a busy hiring manager than having to decode a poorly written email. In addition, always send a note or an email to thank your interviewer(s) for their time.

People often underestimate the power of looking happy. While an interview certainly can be nerve wracking, don’t let it show! Choose to smile, even if you’re feeling stressed. You should make an effort to smile in all interactions with your prospective employers, including during phone calls—they will be able to tell, and it will make it more pleasant to talk to you. 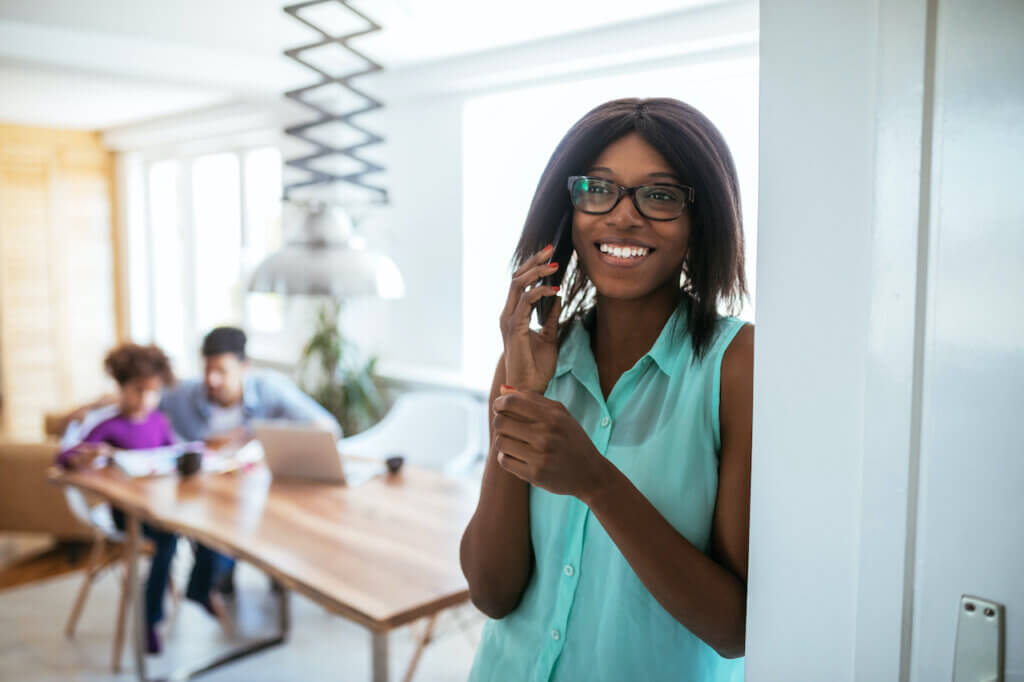 While it’s important to take your interview and people’s time seriously, smiling whenever appropriate is a great way to stand out. Smiling denotes that you are excited about the prospect of working for the company and to meet your interviewers. It also shows that you are just a generally happy person who’s easy to get along with, and who wouldn’t want that in a co-worker or employee?

There are several strategies hiring managers can use to boost their interviewing processes. Asking the right questions won’t only give your candidates a good impression of your company; it will also allow you to make more intellectual decisions about which candidates are best suited for the position.

Finding the best candidates doesn’t have to be difficult, but it can be without the proper interview prep. Both hiring managers and candidates alike will find that ditching overused, unengaging, and inappropriate questions goes a long way in helping find the best fit for an open position. To that end, a stellar interview requires engagement from both parties.

Whether you’ve determined never to ask about someone’s previous salary again or you learned you just need to smile more, hiring managers and future employees will both be better off for your effort.