I won’t make you read much further to find out. The highest converting lead generation for SAAS products we could find was Capterra.

Here are the details and our experience in a nutshell:

We’re a growing internet marketing agency that built a product to scratch our own itch.

The SAAS platform we built is called “Yalla” and we’ve been using it to run our agency for a few years now.

So there we were. We built what we thought was an awesome SAAS product that others would want to use as well. We had ambitions of taking on some of the giants in our industry. The likes of Asana, Basecamp, Slack, Pipedrive, Harvest, Hipchat and a few others.

We wanted to be the cornucopia of all team management and collaboration software.

After having used all of these other software packages, we knew there had to be something that brought all of those packages together but there wasn’t. It was up to us to build it. So we did.

Then we got depressed. Because you know what?

Nobody frickin cared. Nobody. Except my parents. They cared… of course. “Good job son…” 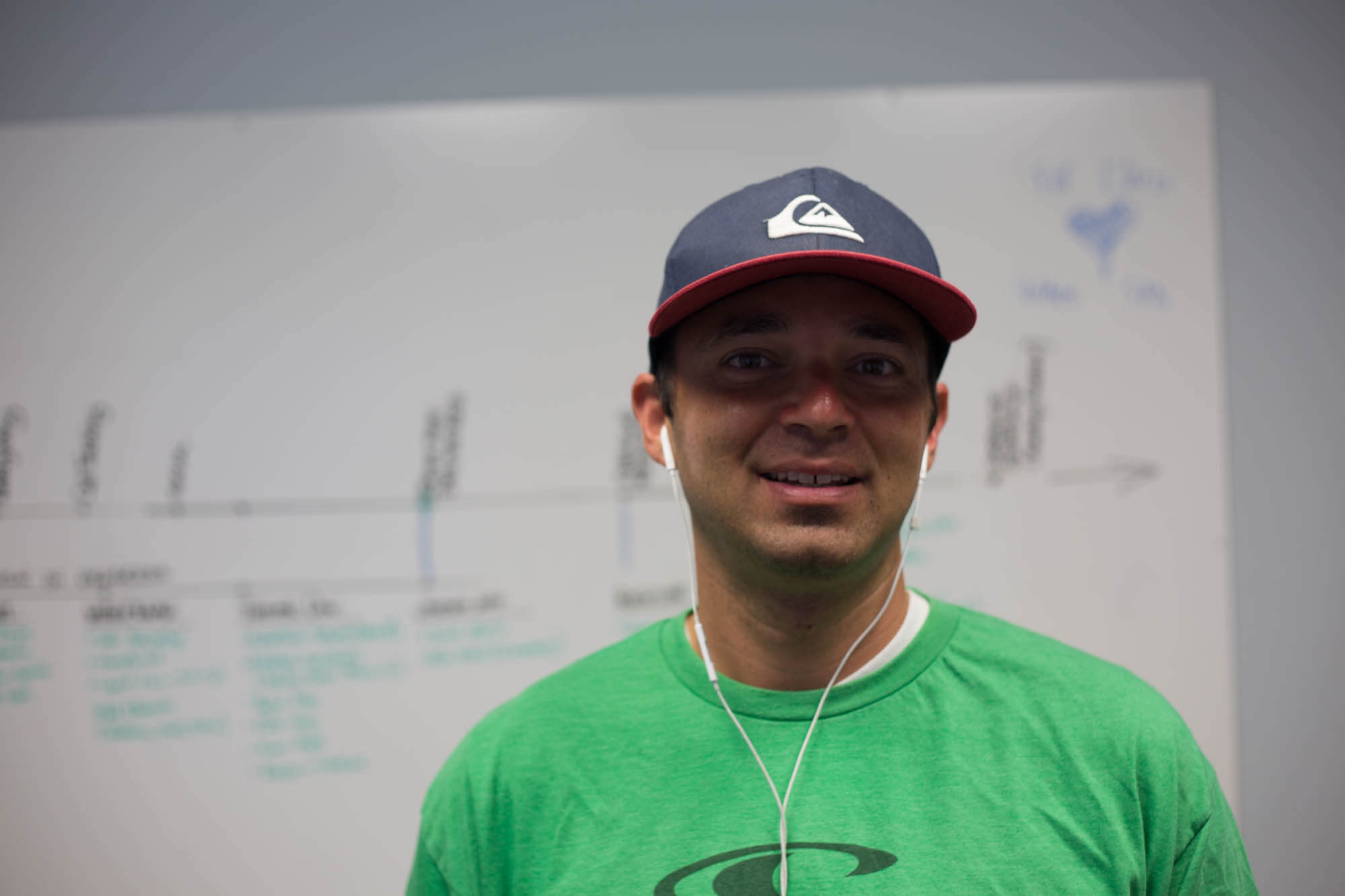 Well dang, that sucked. We put all that work into building a sweet piece of software and it was nigh unto worthless to the world. I imagine there are thousands of other poor souls that have felt the same way.

We had to take a step back and ask ourselves: “Is this software valuable?”

We believed that it was. We know that there are tons of great products and services out there that no one knows about. And that’s why those great products and services fail. Not because they sucked, but because they never got off the ground. No one ever sees them. No one ever experiences them. They just sit there with the potential to change the world… but instead of acquiring customers… they just acquire cobwebs.

So here’s where we were at. We had a fairly new blog. No backlinks. No organic rankings. No content marketing strategy and not enough resources to actually put one in place.

So we desperately and carefully turned to paid search. We were Google partners and knew how to setup effective PPC campaigns using Google Adwords. So we started there. Our conversion rates were atrocious. Though we did a good job at locking down the keywords, we still were wasting money on clicks that had nothing to do with the customer we were trying to target.

We were spending–ahem–wasting tons of important and scarce cash on garbage keywords that didn’t even yield any free trial registrations.

We got depressed again.

So we tried really narrow targeting on Linkedin Ads, Facebook Ads, and Twitter Ads. We were running retargeting campaigns through Adroll. When we would look at our analytics funnel in Kissmetrics… all we saw was waste. Waste for days.

So one day, when it seemed like all was lost, I stumbled upon this directory that was ranking organically for almost every keyword we wanted to rank for. “Capterra…” I thought to myself. What the heck is Capterra.

At that point, I had nothing to lose so I dug into it and setup an account and decided to throw a thousand bucks at some clicks. I made a slick landing page based on their best practices, set my desired CPC (Cost-per-click) and gave it a go.

Immediately… we began receiving sign ups. The first 3 months, we had about a 15-20% conversion rate and we spent much less money for what we got through other outlets. It saved our skin.

“Finally” I said to myself. “A glimmer of hope!”

“A glimmer of hope!” 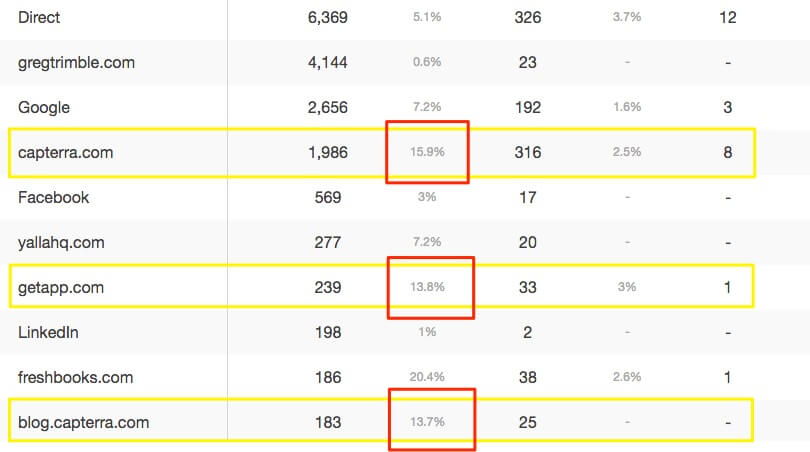 Capterra is still killing it for us. Now we’re rocking and rolling. Word of mouth is catching on because people are finally trying it. I’ve tried everything else and Capterra continually delivers for us. It outperforms every other marketing channel we have for generating down the funnel qualified leads.

They give me a dedicated account manager (Frances Chin) that keeps an eye on my account to make sure we’re getting the best bang for our buck. Then they have an amazing content writer (Rachel Burger) who is always trying to find ways to include us and others in her blog strategy.

They are actively trying to help us become better and grow. They have a free review service to help us generate authentic real reviews. It is truly the best experience I’ve had using Pay-per-click services.

We almost abandoned trying to market Yalla out of sheer sadness. The thousands of teams that use Yalla today would be really bummed if we hadn’t stumbled upon Capterra…