It’s not every day that you can say your company allowed you to absolutely wow a neighborhood kid selling lemonade and make their wildest dreams come true by paying them $50 for a glass of lemonade.

It might not be every day at most companies, but that’s exactly what we want every day to be like over at Lemonade Stand through our Build Then Bless program.

Here’s a link to a separate article that explains what Build Then Bless is and what it means if you haven’t heard of it before.

This particular story is one that I actually got to be a part of, and it was such an amazing experience! 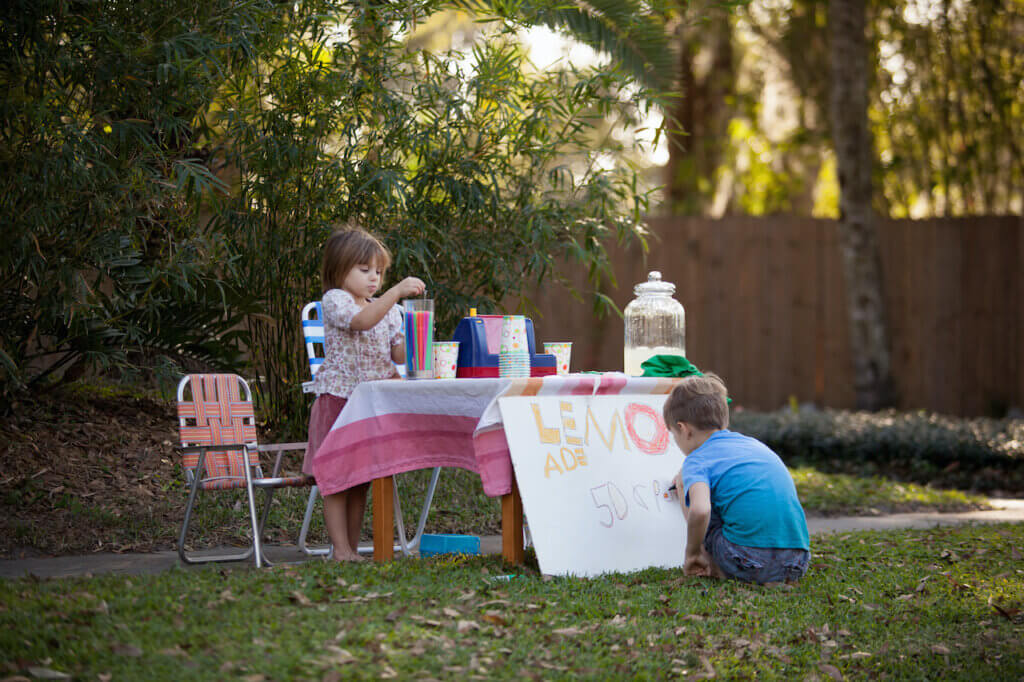 I can’t help but stop at most lemonade stands, because I love to support kids who have an entrepreneurial spirit. I absolutely love it!

When I went up to this one to get some lemonade, I started talking to the children’s father, who was with them. I know him fairly well, and we were just chatting.

Well, it turns out, his kids wanted to put on a really cool summer camp for the entire neighborhood where they could allow any kids to come and hang out, get a t-shirt, eat food together, and just have a great time.

To me, this was one of the coolest things I had ever heard of.

These kids weren’t looking for some kind of handout from life. They wanted to do something really cool, but they didn’t have the funds to do it. Instead of begging it off of their parents (or the government), they decided to build out their own little business and self fund their own summer camp.

This is what capitalism is all about!

I was so excited for them to be learning such a cool lesson, and I wanted to be able to help them reach their goal and put on a really great camp for the rest of the kids. If they had just come knocking at my door asking for cash, I still probably would have been inclined to help them out, but I was ecstatic that they came up with a product that would serve someone on a really hot day—something that people would be willing to purchase—and then went straight to work to make it happen so they could earn their own money to build out their summer camp.

So, instead of the dollar or whatever reasonable amount they were charging for a glass of lemonade, I was able to give them $50 for a single glass thanks to Build Then Bless and Lemonade Stand.

To say that they were blown away is an understatement. Their dad was absolutely floored and was so very appreciative and thankful that someone would want to do something so nice for his kids.

Of course I explained that it was from my company and it’s something that we want our team members to be out doing, but that’s the cool part of Build Then Bless. Lemonade Stand doesn’t want or need any credit for it. We’re so glad that these interactions get to come from the face of our team members and that those team members get to be the ones to bless people so directly. That’s what makes it so special!

Even after this explanation, we still got an extra plate of chocolate chip cookies hand delivered to our front door later that evening. It was so wonderful and fulfilling to be the ones that were able to bring so much joy to these kids.

I’m excited to see what kind of camp they end up creating, and I’m so grateful to know that part of that will be because of Build Then Bless as well as just a person looking out for other people.

If you are interested in hearing more about Build Then Bless, please reach out to us here. We would love to take a look at your organization and see how you might be able to implement a Build Then Bless program among your team members!