I’ll get emails on my phone all the time in random places where I’m not in a position to address the issue being asked of me. I get a lot of anxiety about things slipping through the cracks. I don’t want to read an email, and then forget to get back to the person/task by the time I’m in the office.

Today I’m going to show you how to automate this process so you’ll never again neglect an email. We’re going to use a service called Zapier to make Gmail and Yalla talk to each other. When we’re done, Yalla will automatically create a priority assigned to us every time we star or flag an email we receive.

To use an example, let’s say a client emails me about some changes he wants made on his website. Let’s say said client emails me while I’m on a bike ride. Now all I have to do is star or flag the email. Yalla will then automatically create a priority based on that email and assign it to me, so really… the only thing I need to remember to do is check Yalla. All of my important items will be there when I’m ready to work on them and I don’t need to sift through endless email threads.

Helpful, yes? Then let’s get started.

First you’ll need to Visit Zapier and create an account. A free plan is more than enough for what we need.

Second, you’ll need to ask us for an invite key to use Yalla on Zapier. Click here to be taken to the invite screen. It’ll look like this:

Ok, once you’ve got your Zapier account setup, it’s time for us to make a “Zap.”

A “Zap” is basically a series of triggers and actions from one app to another. Once you’ve logged into your new Zapier account, click the orange “Make a Zap!” button to get started.

Now we’re getting into the meat of our Zap: telling Yalla exactly how to format new priorities based on starred emails.  You’ll see there’s a ton of customization here. You can set your Yalla priority’s description, choose whether you want a reminder about it, assign it to clients and several other things. And you can tell Zapier to base those fields off of different pieces of data included with your starred email.

We’re going to keep our Zap fairly simple: I’m going to tell it to build a priority with a title, description and due date assigned to myself.

Alright, let’s see if this works. Click “continue,” and verify that the priority Zapier is about to create looks right, and click “Create and Continue.” Switch back over to Yalla for the moment of truth. 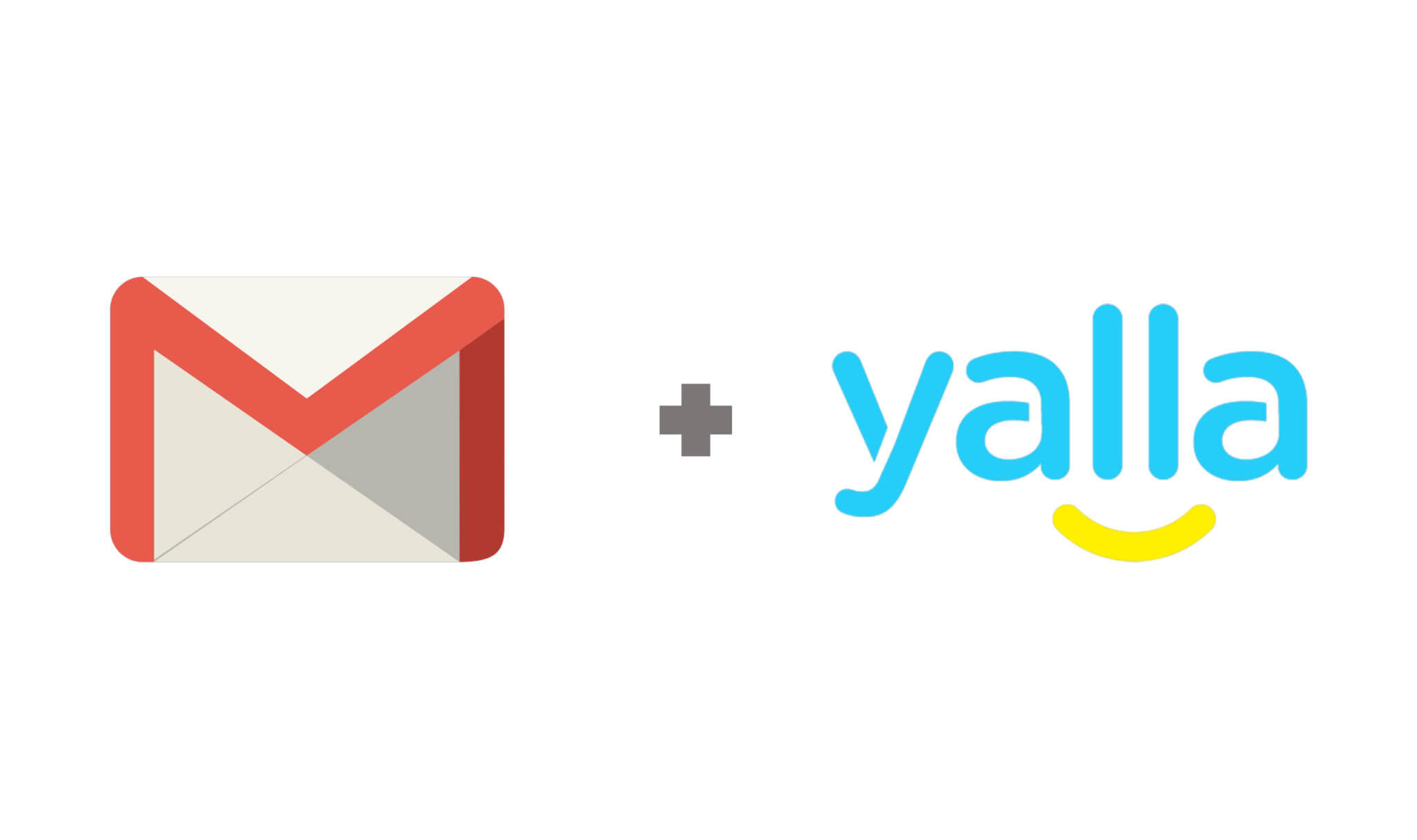 Success! I’ve got a new priority and its description is set to the body of my starred email! But it’s due at 3 p.m. tomorrow instead of 5  – that’s because I didn’t set my timezone in Zapier. I’ll walk you through that in a second, but first…back to our Zap.

Click the orange “Finish” button and turn your Zap on. Now, if you’re on a free account, Zapier will check your Gmail for new starred messages once every 5 minutes, so the Yalla priority creation isn’t instant. But let’s test it out – send yourself a dummy email, star it, and we’ll set our timezone while we wait for it to propagate on Yalla.

Click the arrow next to your name in the top right corner of Zapier and choose “Settings”. You’ll find the “Set your timezone” link under the “Your Profile” section. Set it appropriately so your due dates sync up to local time in Yalla.

My second starred email turned into a Yalla priority – this time with the correct due date.

Zapier lets you turn your Zaps on and off from its dashboard at any time. You can also edit them on the fly – so if, for example, I wanted my Gmail-to-Yalla priorities due at noon two days after I starred the email, I can go in and tweak that as well.

One nice thing about setting up your workflow this way is that it only keeps track of emails received and starred after you turn the Zap on.

You can also tweak your Zap to trigger on labeled emails instead of starred ones. So I can create a Gmail label called “Yalla” and Zapier will only create priorities based on emails I move there, instead of using emails I’ve starred.

Being able to assign yourself (or others) Yalla priorities on the fly lets you spend more time finishing those priorities and less time creating them. The crazy thing is this is only the tip of what you can accomplish with Yalla and Zapier. Check back here for future posts on other ways to improve your productivity.