On October 5th, 2017, I drove about an hour south-west toward the coast to raise money for our SAAS software company. I was headed to Mission Viejo Country Club to meet with some rich guys and show them our Software-as-a-Service product, Yalla.

I was looking to raise $500,000 dollars in order to pay for a few things that we felt needed some accelerating.

I got there about an hour early, because you know… you probably don’t want to keep rich guys waiting. They also had a tee time that they had to get to.

I strolled up and tried to find a quiet place to sit. Even though it was a nice country club, it was a less than ideal place to show my pitch deck. I had audio and video that I needed to show as well as a product demo to go through with them, preferably on a big screen in a conference room. Not with golfers teeing off, TV’s in the background with the baseball game playing, and waiters asking us what we wanted to eat.

But beggars can’t be choosers, right? I take my shots when I get them.

My pitch deck is simple and appealing to investors for the following reasons: 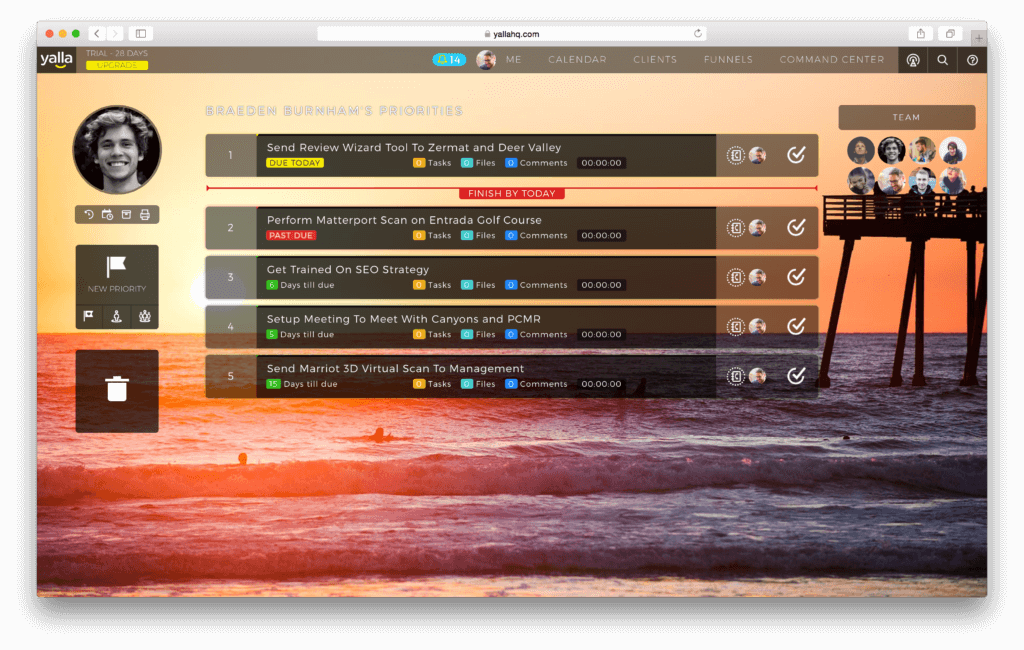 So why the heck wouldn’t someone want to invest in the platform? Get in early and make the big bucks when this thing goes viral?

I Knew Going In Why Our SAAS Wouldn’t Get Funded

Oddly enough… I knew the answer to my own question. I knew what a smart investor would say upon seeing and hearing my pitch. I just wanted to hear it from them.

Here’s what the lead investor said after I gave a half-baked demo on my laptop next to him at the table:

But hold on there…

That is where it started to go downhill and I could have predicted it to the “T.”

“So what’s your CAC or… your client acquisition cost?”

“Well how about the LTV or Lifetime Value of a Customer?”

“I’m not sure at this point… because we don’t have enough historical data.”

Honestly, these were the two questions I knew he was going to ask that I didn’t want him to ask. We’ve had issues tracking certain aspects of the application because we didn’t make it a priority early on. But that is the worst thing you can do if you’re trying to raise money.

SAAS Investors Want To See One Of Two Things

They either want to see stats on users or stats on revenue with full proforma’s… or both.

If you have no revenue, and all you have is users, then they’re going to want to know what the future monetization strategy as well as the detailed metrics on how the current users are engaging with the app.

If you aren’t focused on users, and only on driving revenue, then they will want to see your MRR (Monthly Recurring Revenue), your ARR (Annual Recurring Revenue), Average Monthly Churn rate, the Average Cost to Acquire a Customer, and the Lifetime Value of that Customer.

And go figure… these are the things the investor wanted to see.

But… by the end of the meeting, and in the email conversations that followed, I could tell that the guy was genuinely interested. It validated something that I’ve always believed. That the product is valuable and intriguing to both customers and investors. That’s enough fuel to keep me pushing forward.

But my zeal for the product wasn’t enough. Investors are usually numbers guys. Maybe you could have got a seed round or a series A because you were a cool guy with a good idea in the past, but not anymore. Investors want to make sure the deal maths out before they do anything. And can you blame them? They’re just trying to reduce their own risk… and the numbers don’t lie.

So after a series of emails, the investor went as far as to sign a confidentiality agreement. Personally, I think NDAs are lame but in this case, he might have seen customer data and I wanted to make sure and protect our customers.

After the document was signed, I sent him an invite to our ChartMogul account and our Heap Account. 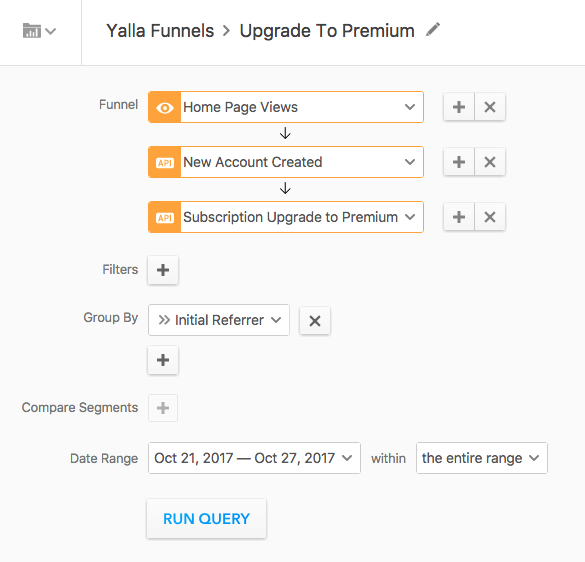 Chart Mogul syncs with our Stripe account and provides detailed metrics for just about anything you’d want to know about the financial health of a SAAS.

Heap is an in-depth analytics platform that helps us visualize our conversion funnels and calculate conversion costs. It also helps us see how customers are interacting with the app. Where are they coming from, what are they clicking on, where are they dropping off, etc.

This was all the guy needed in order to make a decision. He was all about it when we left the country club that day and all the time leading up to when I sent him our metrics. But it was literally no more than 10 minutes after I sent him the email that he emailed me back with a definitive decision.

Well, that sucked. You know the feeling of getting punched in the gut? Yeah, that was how I felt.

I knew it was coming but it didn’t help soften the reality.

The email conjured up two emotions;

One, it made me feel overwhelmed about what we’d need to do on our own dime to make the company “investable.”

And two, it stirred within me a feeling of competitiveness and a renewed determination to make Yalla into the kind of app in which investors lament the time that they passed up on investing early.

Getting Rejected Is A Good Thing

Rejection can be one of the most powerful motivators we have for pushing forward and achieving success. I don’t know if we’ll ever raise money or be considered “investable.” But what I do know is that as long as we’ve reached product-market fit, that we will succeed if we just keep getting better.

People want to use Yalla. We know that. Do our conversion numbers suck? Absolutely. But not necessarily because the application sucks. It might be our pricing structure. It might be a lack of training, or use-cases, or maybe it’s a few unscrupulous bugs.

Whatever it is… we’re going to find it and fix it.

Honest customer feedback, investor feedback, and mentor feedback is the most valuable thing you could seek in an early stage startup. You can’t see things clearly because it’s your own baby. You have to have external eyes that give it to you straight so that you can make critical adjustments to your platform.

Getting rejected doesn’t mean you’re a reject. It just means you’re out taking shots instead of cowering in a corner afraid of hearing the word “NO.”