“What are you doing with your major now?”

Ah, the dreaded post-graduation question, especially for former students in art-related fields (my major was journalism with a minor in film production). Most people are excited to ask what I’m doing with my major and it is usually assumed that I work on film sets or write for some magazine, working my way up to National Geographic…..I’m not.

When I was asked the dreaded question at a non-profit event over the weekend, I cringed. “I work for a marketing agency,” I responded. It is an answer I am proud of, but also one that I get tired of having to defend, seeing as it doesn’t fit into the usual path of a film-enthusiast/writer.

For the last six years of my life I worked part-time while supplementing income with freelance gigs. It is the dream experience for most creative types and is often falsely labeled as the only job structure fitting for filmmakers and journalists. Explaining that I work full-time, 9 to 5, especially dissatisfies my creative peers who imply that by giving up freelance, I’ve settled.

I’ll admit, adjusting to the 9 to 5 work week was tough. My schedule used to belong completely to me. I’d wake up when I want, shift my priorities around to fit my social life and I could accept or reject job opportunities at will. Travel was the norm. Once a month, at least, attending journalism conferences, assisting on film sets, covering out-of-state events, or just impulsively hopping on a plane to write a piece for my blog. I guess back then I was “doing” journalism and now, the implication is that I have stopped. 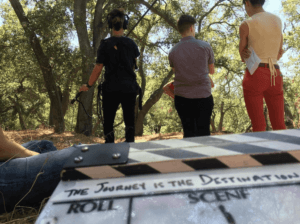 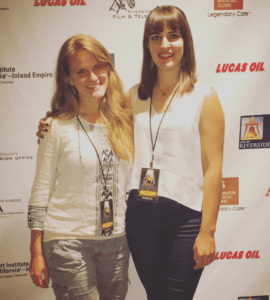 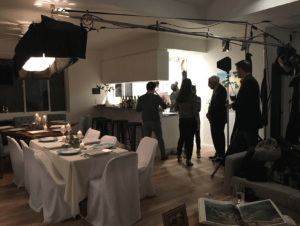 What isn’t known is how draining freelance can be. Some months I had plenty of cash left over in my bank account. Other months I barely had enough to cover my bills. My planner had to be constantly updated and time management had to be followed precisely. If personal goals went missed, the whole pyramid was at risk of crumbling. A lot of jobs I accepted drained me creatively, but very rarely fit my actual passions. Six years and four degrees later and I admitted the words of defeat, “I don’t want to do this anymore.”

The problem with freelance and part-time is that the lifestyle takes a lot to be sustainable and even if sustainability is reached, there is rarely opportunity for growth. Many freelancers hit the plateau — the point where they have nowhere else to go, so they either change life plans, or they give up.

I decided to go with the first option by accepting a full time job at Lemonade Stand, a digital marketing agency. Switching from freelance to full-time isn’t for everyone, but for those who need to make the change, whether permanently or temporarily, here’s how to make a smooth transition:

Re-Evaluate What You Want To Do In Life

For starters, here’s some advice for anyone figuring out their next step in life. Answer the cliche question, “What do you want to do?”

What are you actually passionate about and are you currently pursuing that? Obstacles aside, if you could jump into your dream career, what would that be? For me, I referred back to my fourth grade diary where younger me expressed a passion for writing. Sure, working on films are fun. Travelling with a camera and notepad in hand to find stories is definitely a passion, but at the top of my bucket list, according to all of my journals over the years, has always been to be an author.

I decided to make that my top priority. Weighing the options, I realized that working in any kind of creative field would actually be counterproductive to the achievement of that goal. It would be a constant custody battle between my personal projects and the projects of others. Conclusion: I decided I wouldn’t look for a job in either of my degree fields.

I had to come to terms with the reality that in order to achieve my dreams, I actually had to sacrifice them. I’ll admit, I love the freelance lifestyle, and I refuse to fully give it up. But, if I ever saw myself travelling the world covering stories for top named magazines or authoring books or whatever other writing venture I could dream up, I had to be patient. First things first.

So I made a five year plan, but with a twist. I started by envisioning the kind of person I wanted to be. What things are absolutely uncompromisable? Financial stability and getting on the road to zero debt were my absolutes. My previous re-evaluation made it clear that my “free” lifestyle would be impossible with the added baggage of university debt and without the financial stability to carry it. My added goals were to use my free time to write daily, read often and learn as much as I could about authors I admired. This brings us to the next stage:

Find The Best Opportunities For Growth

Landing a job at Lemonade Stand seemed like the perfect opportunity. I weighed the benefits:

1) I had a sub-goal of expanding my blog, but had no knowledge of how to manage a website.  Being a digital marketing agency, Lemonade Stand’s main service is website development, which meant I could learn about WordPress AND get paid for it. Now my blog is slowly evolving from a sad basic page to a categorized and detailed one.

2) The company owner is an author who wrote his first book  while working full-time. Talk about inspiration! Following his strategy, I’ve been chipping away at my own writing weekly.

3) Set schedule and fairly consistent pay means promised free time and better management of predictable expenses. Having a set work schedule not only makes it easier to plan social activities, but it also has pushed me to be way more intentional with the free time I do have. I’ve learned to cut out things that waste time and have replaced those with far more productive activities.

The biggest lesson I learned in adjusting to a new schedule was embracing structure. Freelancing comes with its own set of challenges, but for those who are good at it, they get used to the chaos. Structure is a whole new game. I had to start with extremes to get used to it by scheduling my days down to the hour.

I implemented a strict plan to get on track — early bedtime, early rise time, scheduled meals, work and even down time. My planner was color-coordinated and covered in sticky notes. I had to give up a lot of the things I used to love doing, like my nightly habit of watching a whole indie film, or spending whole weekends away camping or visiting friends out of town.

Slowly I’ve been able to find balance.  A camping trip here, a weekend running errands there. Some nights spent focusing on my blog, some nights spent going out with friends.  By starting out with a strict and extreme schedule, I reorganized my life quickly, allowing for more free time to do the things I love.

Is It All Worth It?

For the few who have the money, the connections and the willpower to chase after the freelance dream, go for it! However, I’d be a fool not to mention the benefits of working the 9 to 5. There are skills and knowledge to be gained from working at a company full-time that might not be gained staying on the freelance plateau. Working a “typical” job can actually better benefit the freelancer’s goals; decisions just have to be strategic.

Find a job where you will gain skills applicable to your long-term plan. Work for a boss who will hold you accountable to your work responsibilities AND your personal goals. Use your free time to chip away at those distant goals and simply embrace a season of hard work and structured discipline.

Before you know it, you might not even have to choose between the full time job and freelance. Those worlds might collide sooner than you think.