We are always in a state of communication — whether we realize it or not. Even if your mouth isn’t moving, the messages you’re sending via body language can either win people over or send up red flags. Learning to hone your body language takes self-awareness and practice, but it can be done. Here are five common ways your body language could be driving people nuts, and how to fix it.

Hunching your shoulders forward, crossing your arms and legs, and otherwise making yourself smaller sends all the wrong signals. You’ll appear self-conscious and disengaged at best and defensive at worst. Instead, roll your shoulders back and uncross your arms. Take up some space and maintain an open posture to appear open to feedback and signal a sense of honesty and transparency.

Tapping your fingers, obsessively checking your watch, and twirling a pen are all ways of fidgeting. While these habits may seem harmless, they are nonverbal cues that make you seem either nervous or bored. Neither of those messages make other people feel good about your interaction. Even worse, you may end up distracting the presenter or flat-out annoying everyone in the room. Instead of tapping your toes or playing with your hair to deal with nerves, take some freakin notes. 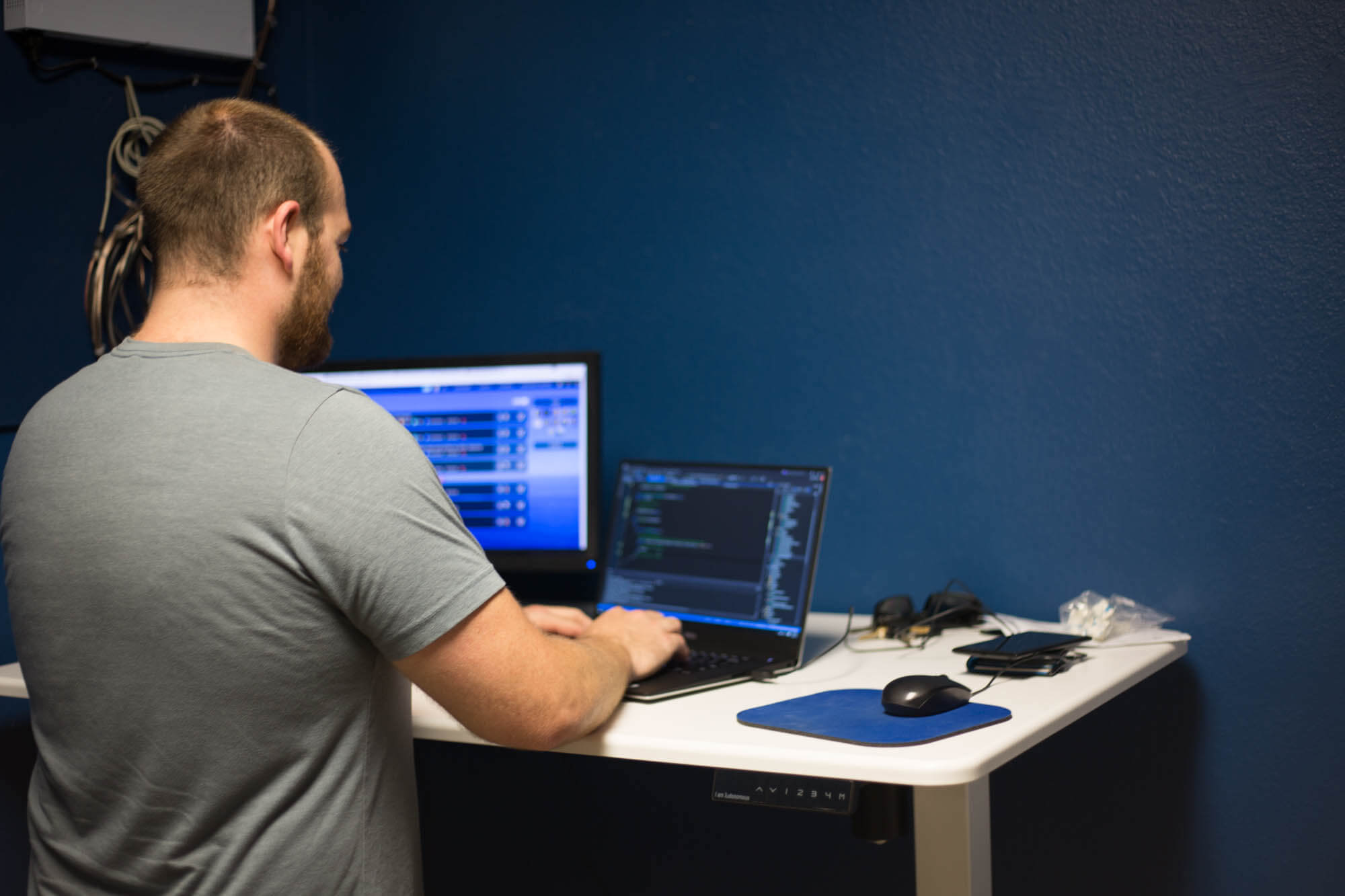 Staring at someone too much can be uncomfortable, so don’t stress about maintaining constant eye contact during a conversation or a presentation. At the same time, regularly looking to the ceiling or floor is likely to make you appear less confident. You may also seem distracted, which can frustrate people who are trying to engage with you. In the worst case scenario, averting your eyes could lead someone to believe that you’re lying. Practice making natural eye contact if you’re currently uncomfortable with it — you’ll get better at it.

When we’re nervous, it’s common to stow our hands away in our pockets or even sit on them. You may also put your hands under the table to wring them or, if you’re standing, lock them behind your back. This sends a subtle, subconscious message that you’re hiding more than your hands — whether it be important information or a sense of conviction. Keep your hands visible whenever possible; try locking your fingers and steepling your thumbs to appear thoughtful instead.

You’re probably just focusing — but you may appear to be grimacing when you’re deep in thought. Give positive feedback to the people you’re talking to by offering the occasional smile when appropriate. This lets others know you’re engaged in the conversation, and it’s a non-verbal positive affirmation they will appreciate. If smiling doesn’t come naturally to you (especially when you’re nervous), start by reciprocating whenever other people smile at you. Soon, you’ll be able to sense the cues that call for a smile.

Body language speaks just as loudly — sometimes even louder — than what we say. If you’re giving positive feedback but your arms are firmly crossed across your chest, the recipient won’t know what to think. Make sure your body language matches your intentions, and make an effort to become self-aware about the ways in which you may seem defensive or bored. When in doubt — ask for feedback from those around you so you can do better!